As a nurse for the last 10 years, Becky Van Winkle has provided many different types of care for many kinds of patients.

After working in a small critical access hospital in Albion to start out, she eventually worked at Methodist Hospital in the Intensive Care Unit.

It was in the ICU that Becky began caring for numerous patients about to become organ donors.

“I loved working with the families of these patients and providing the best care I possibly could to the patients themselves who were selflessly making the decision to give the gift of life,” Becky said.

Now that she’s in anesthesia school at Nebraska Medicine, Becky has seen the other side of the story caring for transplant recipients, “which gives me more joy than I can begin to describe,” she said.

“I will never forget the look on one mother’s face,” Becky recalled about one experience. “Tears formed behind her eyes and she had the biggest smile on her face as she thanked me for saying that.”

As that conversation continued, Becky said the mother began to talk about the guilt she experienced that her son had the chance to live all because someone else had died.

Those are the moments Becky gets to talk about more than her medical experience with donation, but about her personal connection to donation.

John was six years older than Becky while Robert was six years young, “which meant that I grew up being a pain and nuisance to my big brother and my little brother returned the favor when I grew up and was a pain in the butt of mine!” Becky joked. “I never understood why John would get so upset about me always wanting to hang around him and his friends until I hit the age of 16!”

“He was carefree and loving,” she said. “The thing I remember most about him is his love of the outdoors. He especially loved to fish and camp.”

John’s sons Caleb and Cameron were 2 and 5 years old when he died. “There isn’t a day that I spend with them that I don’t see John in them,” Becky said. “I’m so grateful I have them as a constant reminder of him. He loved being a father to those boys and would’ve done anything for them.

“It breaks my heart that he can’t be there to watch them grow up. He won’t be there to walk them in on their first day of school each year, watch them as graduate high school, marry the love of their life, or even watch them bring their own children into the world, but I know he is always watching over them. He is there for them in a different way now.”

Becky says her younger brother Robert “was one of the kindest and warmest souls I’ve ever met. He would’ve done anything for anyone and wouldn’t have thought twice about it. He was a passionate individual and was always searching for more. He was an amazing student, a dedicated member of the Army Reserve, and an extremely hard worker.”

Although he was successful, Becky said his mental illness soon got the best of him. She began to see a change in Robert after John died and after several other major life changes her family endured.

“He struggled more than most people knew because he always carried himself with never-ending positivity and a big, warm smile,” she said. “The thing I miss most about him is the frequent texts and phone calls to catch up. He was my biggest cheerleader and I wish I could’ve done more for him to help him with his struggles, but I know he is now at peace and free of his pain.” John and Robert were both registered organ, tissue and eye donors.

“If they hadn’t been, our family would’ve made the same decision,” Becky said. “They were both such loving and giving individuals, even after their deaths.”

After a work-related accident at 29 years old in 2011, first responders and medical staff were unable to revive John. His tissues and eyes were donated following the accident. Becky was 35 weeks pregnant with his first niece.

Becky’s mother is currently working with Live On Nebraska to meet some of the individuals who benefitted from John’s donation.

Seven years later, Robert attempted suicide. After he suffered irreversible brain damage, his family pursued donation. Although he was unable to donate, Becky said if she and her family had to make the decision again, they’d still try. Robert is now known as a Donor in Spirit.

“The reason we (tried to go) through the process of donation was because there would be a chance someone else would get the chance to live — a little girl would have the chance to ride her bike again or a father would be able to watch his children grow,” Becky said. 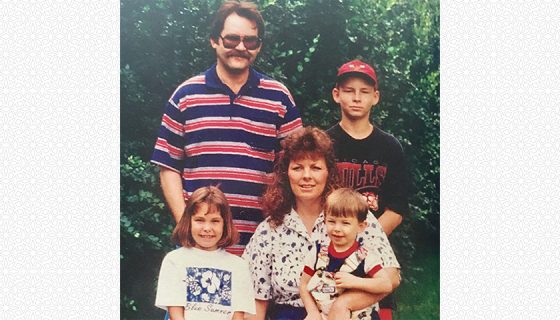 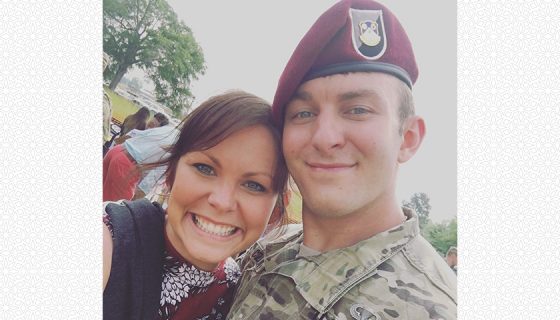 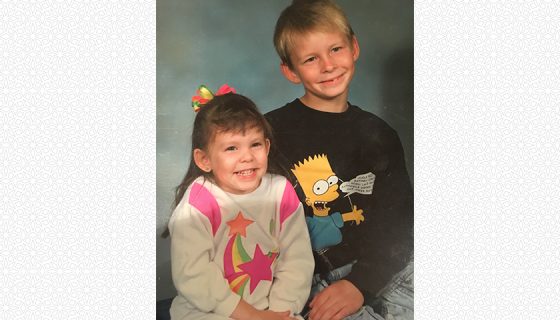 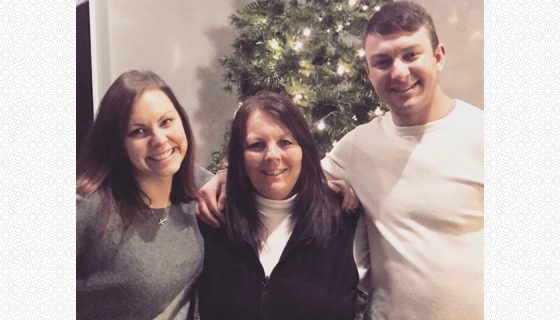 These are the kinds of stories Becky shares with patients and family members who confide in her.

“She felt comfort after I was able to share my story,” Becky said of the mother who felt guilt after receiving the good news of her son’s transplant.

“I cannot begin to describe what donation has done for me,” Becky said. “It has given me something to hold onto in two of the most difficult situations I have ever been faced with. The fact that something good came out of such a traumatic and life-altering event has given me a reason to smile.

“It has picked me up on the days where all I could do is cry because I miss them so much. It has given me the drive and the passion to advocate and spread awareness for donation. It has given me a reason to continue. And yes, it has helped me on the long and torturous path of grief and healing. I am so blessed that I have that to hold onto.”

Bluebarn‘s upcoming production I and You will feature a panel regarding organ, tissue and eye donation. The panel will follow the show’s Feb. 17 performance and will feature Becky alongside several other community members with ties to donation.