No age limit on generosity: 93-year-old gives the gift of life

When you’re part of a large family, sharing comes naturally.

He was known for being handy, a guy who could fix almost anything. He served as an electrician’s mate in the Navy for four years, followed by a career as a mechanic.

He was also known for his generosity.

“He was always busy fixing things for everyone. He was everyone’s handyman,” said his daughter Linda Stabile.

“I never dated anyone after,” Joie said with a chuckle.

The two were married in 1953 and together raised their own family, complete with seven children. 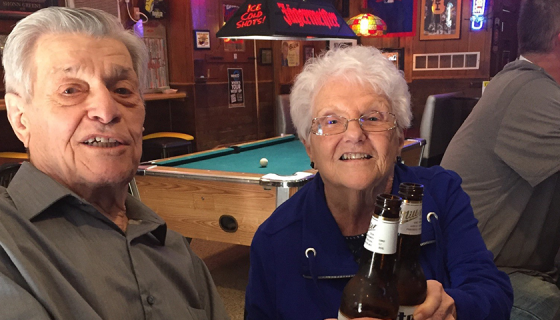 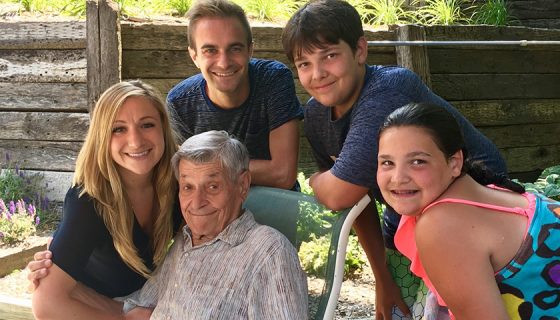 “Family was everything to him,” said Linda. “He’d do anything for any of them.”

That generosity extended beyond his family.

Throughout his life, Nick gave freely of his time to friends, his church, the kids’ school or anyone who needed help with a project.

Nick passed away in April after a short illness. He was 93.

Much to his family’s surprise, he had the opportunity to give once more.

Nick became a tissue donor through Live On Nebraska, donating skin to save burn victims and help women who are recovering after breast cancer treatment.

Nick was among the first of Live On Nebraska’s donors in their 90s. But now, he’s in good company.

This year, 62 people age 80 and over have been organ and tissue donors with Live On Nebraska. Twenty of those were at least 90 years old, the oldest, 99.

Joie says she and Nick had never talked about being donors, “probably because we were older.”

Amanda Brewer, Family Services Manager with Live On Nebraska, said a lot of people wrongly assume that they’re too old or not healthy enough for donation.

Some even go so far as taking themselves off the Donor Registry.

“When we have conversations with families of older donors, they are often surprised that their loved one can still help others,” said Brewer. “For many families, knowing their mom or dad can live on through donation brings them a lot of joy.”

“I was just so surprised that they could use the tissue,” she said. “It was just unbelievable. It made us feel really good.”

Joie recounts a life well spent with Nick, raising their children, welcoming 16 grandchildren and eight great-grandchildren. They traveled to Notre Dame football games and “we liked our beers together,” she said.

His last act, she said, fit everything that had preceded it.

“His history was giving. He was the most unselfish man in the world.”

There are no medical restrictions and no age limit that prevent you from registering as an organ and tissue donor. To help others like Nick did, sign up as a donor today.