These are just a few words Kara Elliott and Stella Chow used to describe their breast cancer diagnoses.

Their fears were mutual, but their journeys very different.

Ultimately, a small part of their healing and paths forward came from an unexpected source.

Following mastectomies, both women underwent breast reconstruction. After considering their options, they opted for implant reconstruction, a technique that uses a liquid or gel-based implant to provide shape and structure to the breast.

But the implant needs space and structure to hold it, and for most women the tissue available after their mastectomy isn’t adequate.

The solution? Acellular dermal matrix (ADM) — a tissue replacement derived from human skin given by organ and tissue donors.

According to Dr. Katie Honz, Kara and Stella’s plastic surgeon with Methodist Physicians, during reconstruction the patient’s pectoralis muscle is loosened. The ADM is then sewn to the muscle and along the bottom and side of the breast, creating a pocket to hold the implant.

In some cases, the pocket provides enough space to place a permanent implant right away. For others, a tissue expander, a balloon-like device that is gradually filled with saline, is placed in the sling to create additional space. In out-patient follow up visits, Dr. Honz fills the expander with more saline to eventually create enough space for the full implant.

Stella fell into the first category and didn’t need an expander to complete her reconstruction following her diagnoses and lumpectomy.

For a woman who had never had surgery, that came as a big relief.

If you can say someone diagnosed with cancer is lucky, Stella was. The cancer was detected early, the lumpectomy successful, and the disease had not spread to her lymph nodes.

Still, there was suspicious tissue outside of the golf-ball-sized tumor her doctors removed, and they recommended a mastectomy. That meant another surgery, and the likelihood that more procedures would be needed to reconstruct her breast.

“The first time, and if it was only one time, it was too much for me,” Stella said of having surgery.

The reality of having a second surgery was overwhelming. 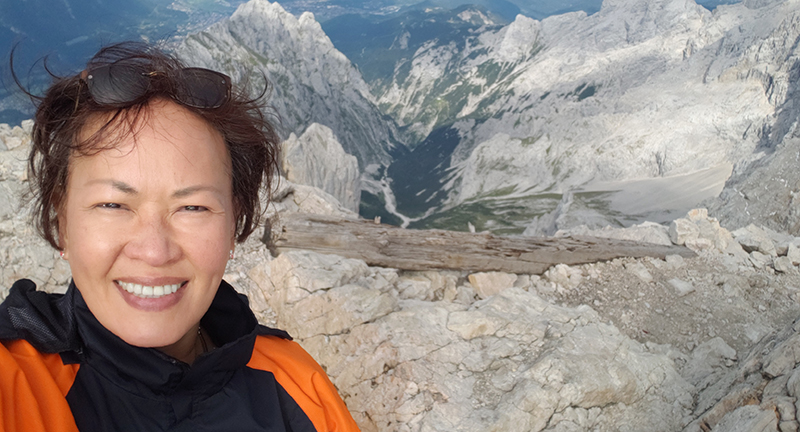 Following breast reconstruction, Stella Chow has returned to her active lifestyle which includes traveling and swimming.

Fortunately for Stella, her mastectomy and reconstruction were completed in one procedure. Using the ADM, Dr. Honz was able to create enough space to place Stella’s permanent implant and eliminate the need for additional expansion and another surgery.

The reality of how that became possible was not lost on Stella.

“When I woke up, the first person I wanted to thank was the donor and their family,” she said. “I am so thankful and so blessed that I have someone’s, I call it ‘love’, in my body.”

For Kara, breast reconstruction was an emotional part of her healing process.

She had three tumors in her right breast — one near her chest wall — making it impossible to do a lumpectomy. She and her husband decided a double mastectomy was her best option.

“There was a lot of fear going into it,” she said. “’What am I going to look like? Am I going to be hideous with scars? Is my husband still going to love me?’” she questioned.

“You have this cancer and they’re going to take your breasts,” she said. “This is the part of me that makes me feel like a woman. So I wanted to try and do something to get back to what I was.”

Dr. Honz said the ability to give women some immediate shape after their mastectomy is one of the major benefits of using ADM.

“I think it would be pretty devastating for a lot of women just to go through this mastectomy, wake up and have no breast,” she said. “Using the ADM, I get more volume in right away, and they wake up and they already see that they have some cleavage started and that they look good. It makes it less scary.”

Other benefits include less pain, the ability to create a more natural breast shape, and decreased hardening of the scar tissue around the implant. 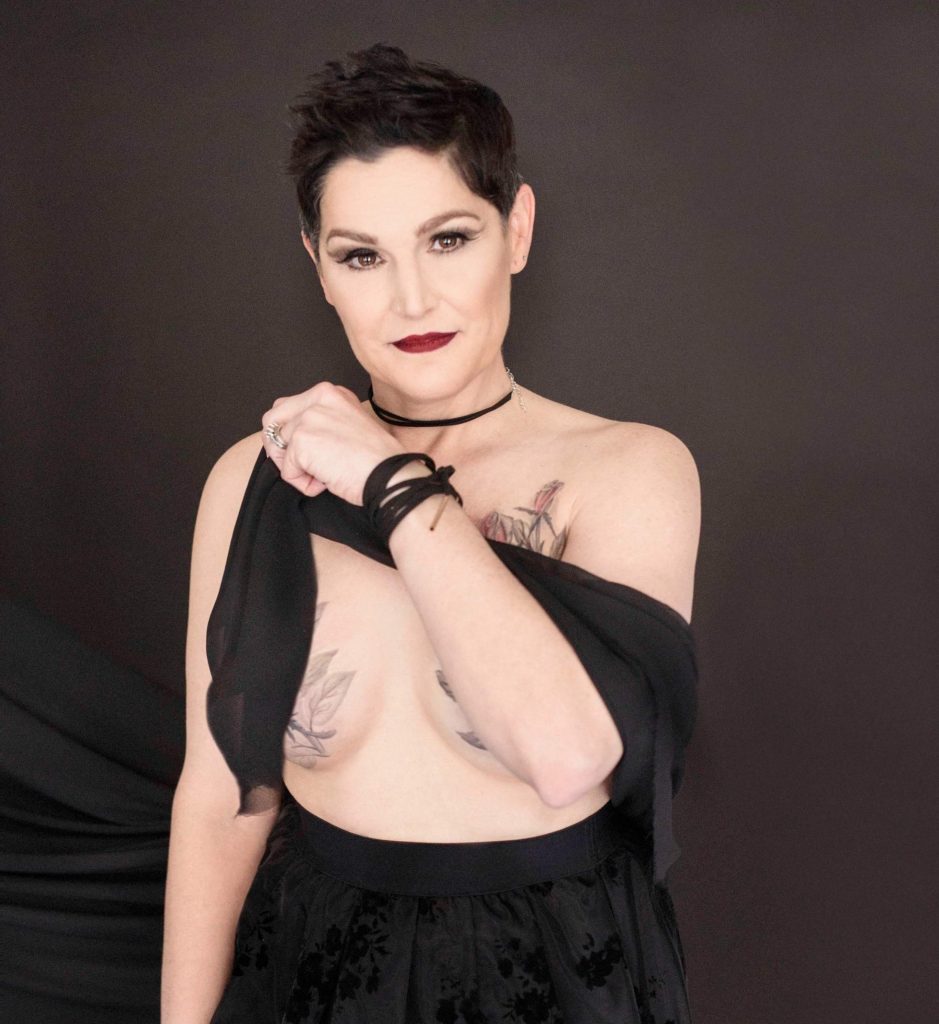 Kara Elliott’s rose tattoos climb from her reconstructed breasts and around to her back. Kara calls the tattoos her “armor,” representing her battle and victory over breast cancer.

For Kara, learning the tissue used in her reconstruction would come from a donor was surprising. A close friend was a heart recipient, but Kara had no idea something like donated skin could be used for breast reconstruction.

“I was blown away,” she said. “I have something from someone else in my body. It’s a pretty astounding thing to have inside of you.”

Honz said the patient’s cells eventually take over the cells of the donated tissue, merging to become a integrated part of the patient’s own body.

“It’s part of what makes you whole again,” said Kara, describing the whole process as “natural” and “almost organic.”

Following four rounds of chemotherapy, extensive radiation and tissue expansion, Kara’s reconstruction was finalized a year after her mastectomy.

Some women choose to have 3-D nipples tattooed on their new breasts. Kara chose a less traditional route, opting to get rose tattoos across her chest.

One tissue donor has the potential to heal more than 100 people. Register as an organ, tissue and eye donor today.