Our little Zackary was born into this world Sept. 5, 2011. My whole pregnancy and labor was smooth with no problems. When Zack entered the world, he looked fine until we cut the cord. That’s when his own heart would have to work on its own.

He cried out once and started turning purple. We had no idea what was going on. They rushed him away while trying to reassure me everything would be OK. Soon after, they got me to my room and a cardiologist came in. 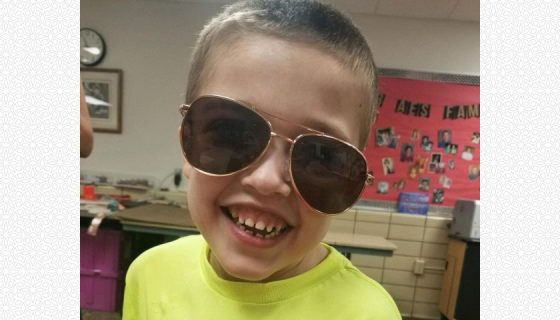 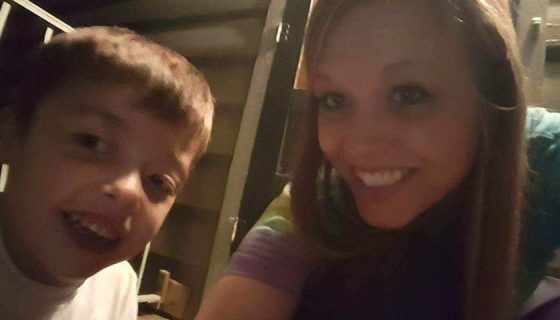 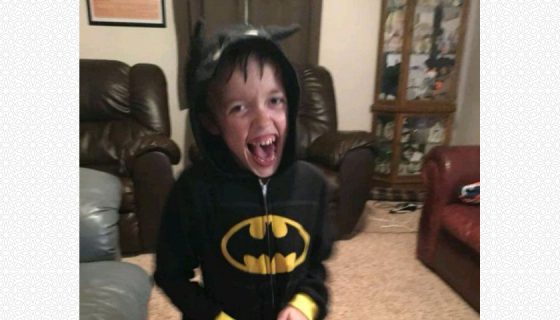 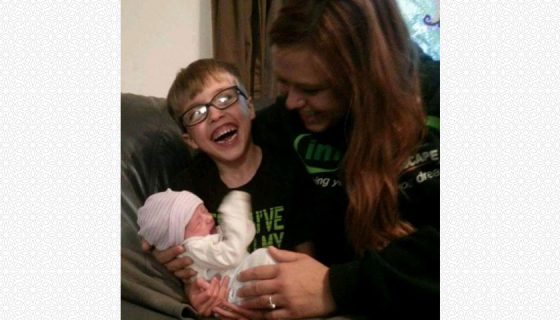 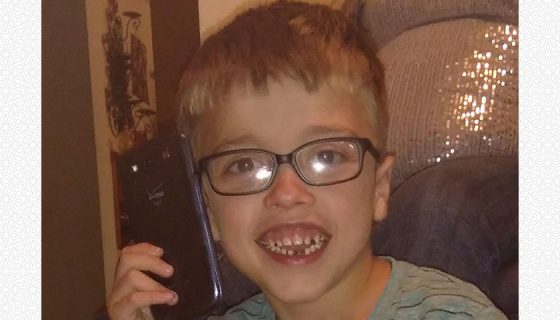 He started saying all this stuff that made no sense to me. That’s when we found out Zack had a super rare heart defect called T.A.P.V.R. as well as pulmonary hypertension. They told us if we wanted to see him before they life flight him to Children’s, we need to get down to him as soon as possible.

When I walked in all I saw was a bunch of machines hooked up to my little boy, including a breathing machine. We waited there with him until Children’s arrived. I was not allowed to go with him since I just gave birth.

So off to Children’s he went without me. I waited by my phone until I got a call from the doctors. When his cardiologist called, he said Zack needed immediate open-heart surgery. By that time, Zack had been deprived of oxygen for about eight hours, so his brain did acquire damage.

The doctors warned me about the severity of his disease. They were shocked that he had made it this far. The percentage of him surviving was very low.

When the surgery was done I received a call. Zack made it through. They were not able to close his chest, but they repaired his heart.

The following day I was able to get released and go up to Children’s to be with him. From that day on, Zack and I spent most of his first two years of life in and out of Children’s Hospital. We lived there more than our own home.

In those two years, Zack beat a lot of odds. They said his survival rate was slim. They said he wouldn’t be able to walk, talk or eat on his own.

Of course, Zack had to prove them wrong. He made it out of Children’s alive. He walked, talked and ate on his own.

Zack was about three years old when his busy medical life slowed down quite a bit. We had checkups, but everything was OK from his rare-disease point of view.

Zackary enjoyed going to school and meeting people. He always brought smiles to everyone’s face. Anywhere we went, someone knew him, or he impacted someone’s life somehow.

He loved listening to music and going on car rides. Zack always had his tablet, so he could listen to his theme songs. He had a bookshelf full of books that he would sit and “read” to you.

Zack has quite a few brothers and a sister. He especially loved his baby, Jace.

Zack also liked to open and close doors or turn lights on and off. Even when he was told ‘no.’ He liked to see how far he could go with everything he did. He was super ornery.

He was a big Batman fan, along with Clifford and Little Einstein’s, which he called rocket ships.

Zack had a thing for foreign languages. Any video or song that was in any language other than English, he would find and sit and listen to over and over again.

Zack’s health all of a sudden took a turn for the worst before this last school year ended. He had to have a surgery done to put a shunt in his heart to help relieve pressure. He spent about a month at Children’s.

When we got home, Zack only had a few weeks left of school. So, he got his wish. He got to go back to school.

Shortly after summer started, Zack ended up back in the hospital on June 11, 2018. His heart and lungs were getting worse. He ended up going into cardiac arrest and put on ECMO. That’s when the doctors told us there was nothing more they could do for our little guy.

I asked them if at all possible, ‘Could he donate?’ They said, ‘Of course!’

Zack was able to donate his kidneys, and his pancreas, heart and lungs went to Children’s for research.

Being able to donate life to somebody helped our family have a little happiness through this tragic time. We may never get our Zacman back, but we feel at peace knowing he’s not in pain anymore. He’s in the arms of Jesus, free from all his health problems.

Zack’s kidneys were able to save a guy’s life. Save a family from a horrible situation we just had to endure. Zack’s pancreas went to research to help prevent or reverse type I diabetes. Zack’s cardiologist and pulmonologist received his heart and lungs for research as well.

This world will never be the same without him. Our hearts will always miss our little superhero.

Your family and friends love and miss you dearly, Zack! Save a spot for us up there with you. We will see you again.

Love you to the moon and back, mom, dad, and all your siblings