Within the last few years, donation and transplantation has come full circle for Wendy Wees and her family.

In May 2017, Wendy’s son Abel received a heart transplant after suffering from Hypo-plastic Left Heart Syndrome, essentially born with half a heart.

Just last month, Wendy lost her father in a tragic accident. He died in her arms, but she soon learned he was a registered donor.

Mike Wees loved playing with his grandson and was a huge part of his life and his transplant story. To have his story end in hope rather than tragedy was a moment of peace for Wendy.

When you ask young Abel, “Where’s Pressley?” he’ll touch his chest. He also kisses her picture on his nightstand before bed.

His family talks often with him about Pressley to ensure he knows about the young girl who saved his life.

Fifteen-month-old Pressley Bartonek died from electrocution after grabbing an electrically charged fence at a carnival in west Wichita in May 2017. Five days later she was declared braindead and her parents made the decision to save others through organ donation.

Abel was one of them.

“It’s amazing to see that she truly does live through him,” Wendy said. “We will always encourage him to live a full life because he’s living for himself and for Pressley.”

Abel became ill at just one-month-old. He was put on the transplant waiting list after a stroke, coding, and being placed on ECMO (cardiac and respiratory support).

He received Pressley’s heart at just four months old at Children’s Hospital in Omaha. Wendy made it a priority to write Pressley’s family before she had even left the hospital after Abel’s transplant.

“It was really important to me and I think that made a huge impact on them,” Wendy said.

Pressley’s parents wrote back, and the two families have since met and formed a special bond. Pressley’s family has even sent Wendy and Abel some of her favorite toys, include a Teenage Mutant Ninja Turtles pillow.

“That’s become a staple in our lives,” Wendy said. “Angels are among us everywhere, and to give such a selfless gift can open your eyes to so many other things.” 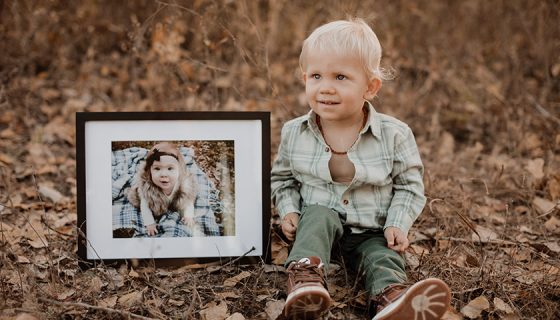 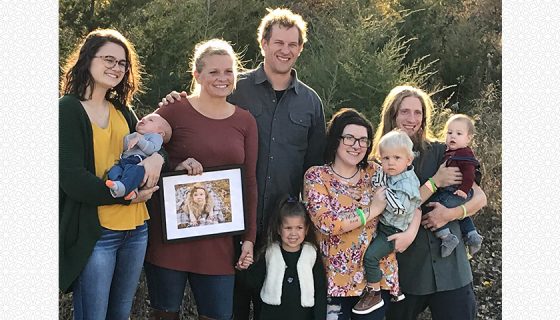 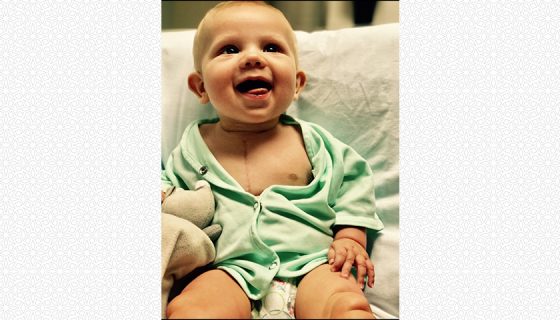 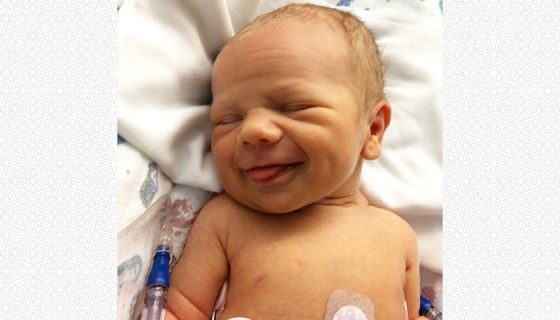 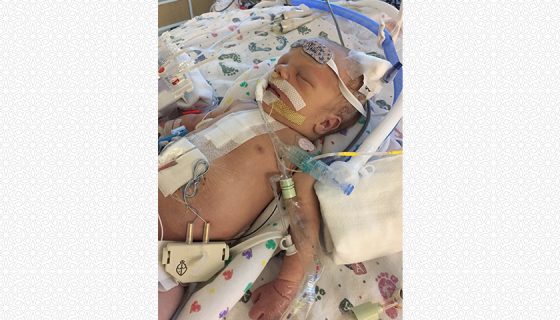 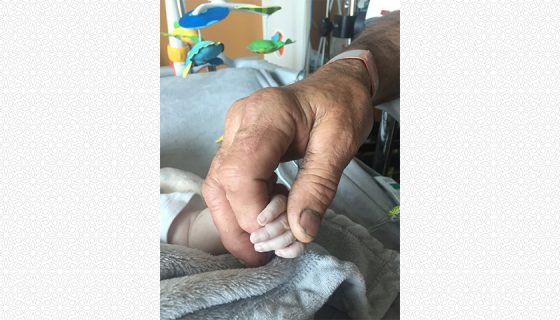 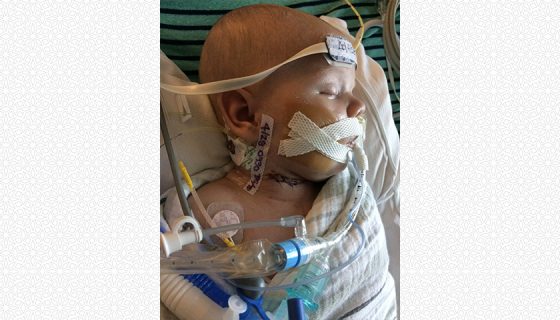 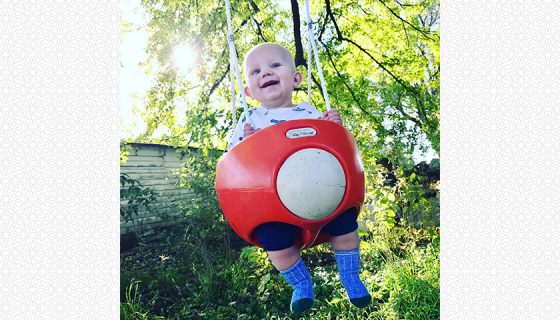 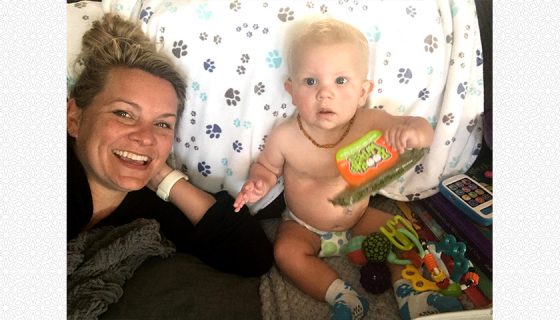 Mike was Abel’s biggest fan, alongside him every step of the way during his transplant. Wendy says the two were “the best of friends.”

He was also a well-known man among the Omaha community. A brick mason and former Little League coach, a recent Omaha World Herald story said his funeral would have been one of the best-attended in Omaha if it weren’t for the current COVID-19 pandemic.

Mike died tragically while he was playing with Abel, falling down the stairs and hitting his head. He died in Wendy’s arms, but she made sure to do CPR in case he would be eligible for organ or tissue donation.

“It was our goal to preserve any part of him we could,” Wendy said. “Of course, anything they needed he would have wanted to donate and we wanted to as well. He would be so proud to have done that for somebody because of what Pressley’s family did for Abel.” 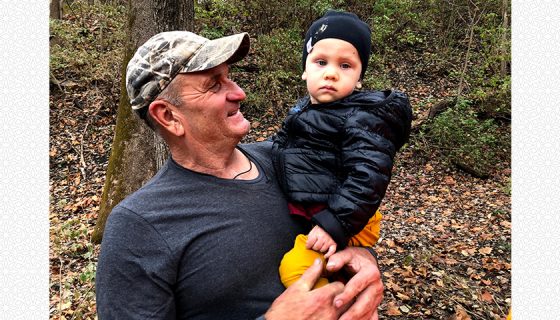 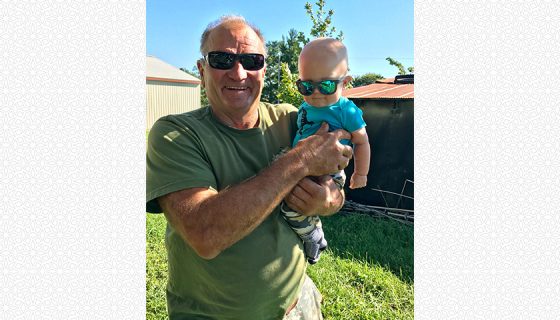 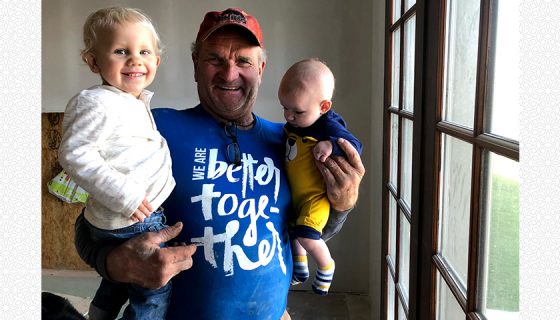 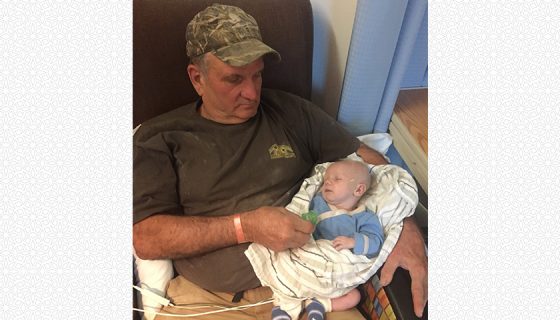 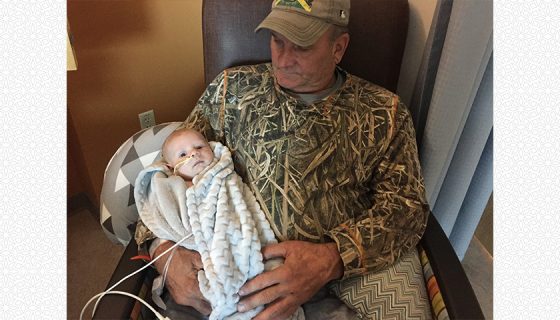 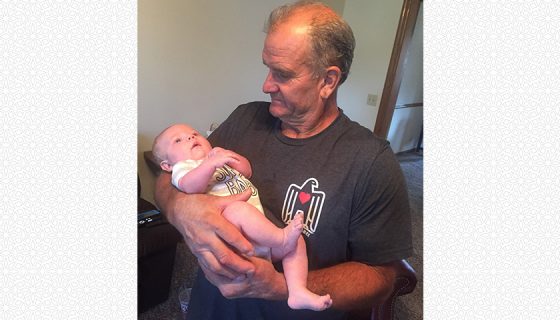 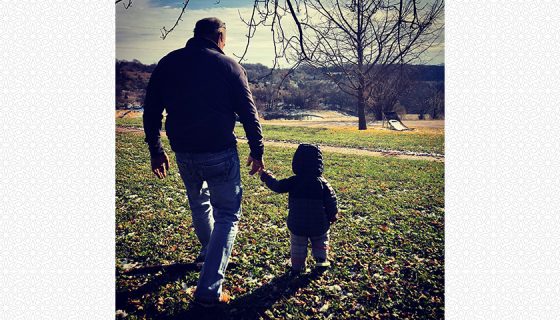 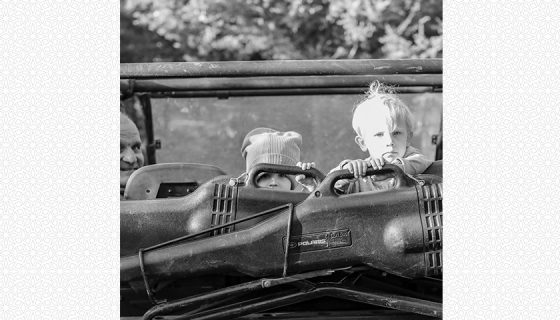 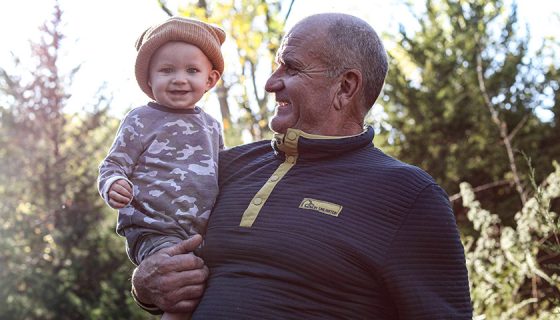 Now that Wendy’s connection to donation and transplantation has come full circle, she is even more inspired to become an advocate and encourage people to register as donors.

This Donate Life Month is even more special to her with her dad’s recent donation.

“Donate Life Month is such an amazing cause, and I appreciate social media even more because we have access to spread the word about such a selfless gift,” Wendy said. “The fact that we can share with one another the importance of gifts like these and stories and lifechanging relationships in the face of tragedy allows us to see what good can come from it.”

Wendy now encourages others to give back in the face of tragedy. She knows firsthand how much it can help with the loss of a loved one.

You can play a part in stories like Abel and Mike’s by registering as an organ, tissue and eye donor today.