Months before Zach Tharnish was in a deadly car accident, he could be found spreading a message incredibly important to him: Register as an organ, tissue and eye donor.

Zach registered as soon as he was able at 16 years old once he obtained his driver’s license.

But his family will say he would have done so sooner if he could have.

“He was mad they wouldn’t let him until he turned 16,” said Zach’s mom, Chrystal. “I think he wanted to register with his learner’s permit (at 14 years old).”

Currently, more than 113,000 people are in need of a lifesaving transplant in the United States. More than 400 of those waiting are living in Nebraska. About 8,000 people will die each year because they will not receive a transplant in time.

Around October 2011, Chrystal actually learned that Zach had even spoken to her boss about how important it was to register as a donor and asking if she had registered.

For 48 hours Zach showed signs of recovery by giving his family a thumbs up, raising his eyebrows and squeezing their hands.

But days later he suffered a brain stem stroke. He was pronounced brain dead Feb. 1. 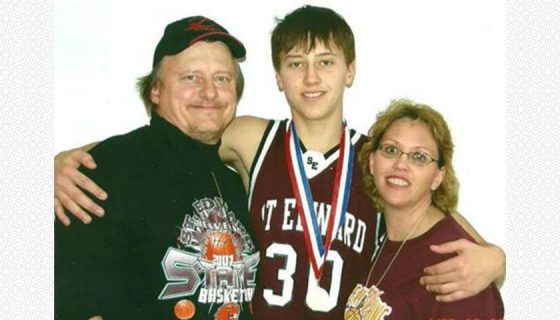 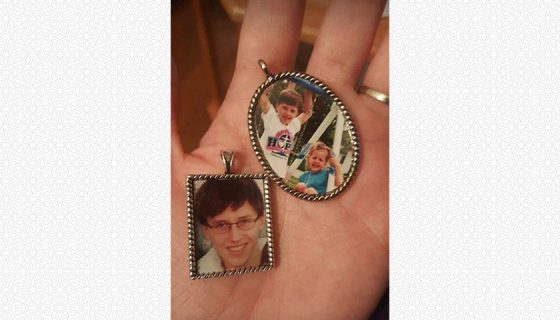 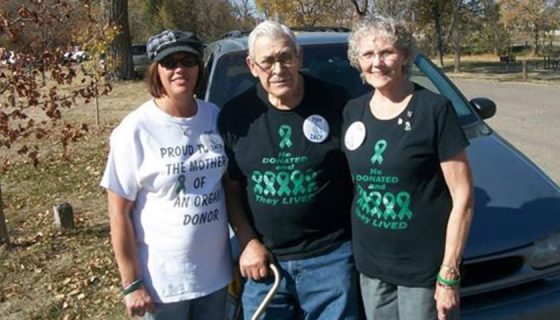 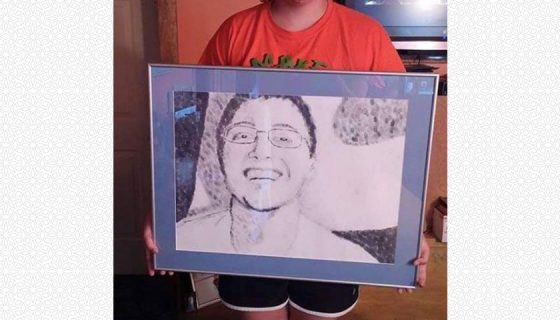 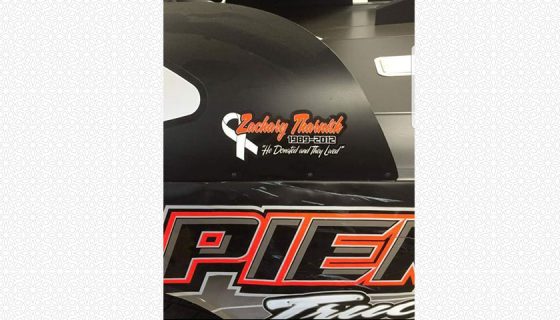 A nurse herself, Chrystal knew Zach’s prognosis was terminal and wanted to discuss donation possibilities.

Zach’s lung, pancreas, kidneys, and heart were all donated to recipients across the Midwest.

Although he lives in Grand Island now, Mark actually grew up less than 30 miles away from the Tharnish family, who resides in St. Edward, Neb.

Mark is currently a bullet maker in Grand Island and has seen major health improvements since his kidney and pancreas transplant.

Mark was diagnosed with diabetes in the 7th grade. While it was manageable until college, Mark’s health quickly declined within a year and a half when he began suffering from a kidney infection and empyema.

But for Mark to be listed for transplant, he had to complete a number of tests and preparatory procedures. One of those included updated dental work.

On the way to Lincoln to get the dental work completed, a blizzard hit. Luckily, the dental student responsible for Mark’s appointment said he would stay until Monday, after the end of the semester, to wait out the weather and meet with Mark.

Without that procedure, Mark wouldn’t have been able to get listed for transplant. He was finally listed mid-January and received the call that a kidney and pancreas were available just two weeks later at the beginning of February.

“It’s 10 million things along the way that made everything possible,” said Mark of his luck getting listed in time. “You realize that when you start to talk about it.”

By the time Mark was listed, he was sleeping 20 hours a day and was preparing to start dialysis days later. He even had the fistula inserted into his arm which would have been used for him to receive the treatments.

“I was sicker than a dog,” Mark recalled.

Now, there’s nothing Mark can’t do, he said. A former diabetic since 1992, Mark hasn’t needed a drop of insulin since his transplant.

He’s also met with the Tharnish family after first exchanging anonymous letters. Mark, however, already had a hunch about who his donor was since he grew up so close to Zach’s hometown and had a few connections back home. Since knowing each other, Mark has attended Zach’s sister’s wedding, Zach’s sibling’s graduations, and even Chrystal’s father’s funeral.

“It’s been amazing knowing them. They’re a good bunch,” Mark said. “They always thank me every time I see them, but I’m the one on borrowed time. I’m glad they get something out of knowing me. I don’t think it happens this way every time.”

Even though the family’s journey has been expectedly up and down, Chrystal says knowing Zach saved five lives when organ donation was so important to him helps the family to find purpose in Zach’s death.

“It helped knowing these men had children to enjoy,” she said. “When I feel like giving up and wonder if my grief will ever be easier, I focus on the good Zach’s organs have done.”

Mark isn’t the only recipient grateful for Zach’s passion for donation and ultimate gift of life.

Gary Grev, Zach’s lung recipient, often enjoys traveling to see his family, fishing, golfing and even skiing now that he has recovered from COPD.

After many years of breathing problems and a COPD diagnosis in 2001, Gary’s journey to transplant involved mentally and physically preparing to be listed.

By 2008, his breathing became so difficult he wasn’t moving much.

“Even walking up the stairs I would have to stop a third of the way up and rest, go another third and rest, and then finish it out,” Gary said. “It was so straining and uncomfortable, and it’s a really scary feeling when you can’t breathe or catch your breath.”

Gary was listed for a transplant at the University of Minnesota, waiting more than three years before receiving his transplant on Feb. 3.

Since then, he’s only been back to the hospital once. That trip required that fluid was drained from the transplant procedure.

Afterward, Gary took his first trip to see his sons in Seattle and Denver and was able to fly with his wife, enjoy the mountains from 12,000 feet and breathe on his own. He journeyed to Europe last fall and has traveled numerous times to see his sons and grandchildren since his transplant.

“Life is pretty good, and I’m grateful to Zach and his family,” Gary said. Gary met the Tharnish family on their trip to a wedding in Minnesota about a year after his transplant. The wedding was only about 20 miles down the road from Gary’s home.

Gary met them at the hotel and visited for hours. The family ended up skipping the wedding and attending only the reception to spend more time with him.

Several years later, Gary and his wife stopped in Nebraska on their way back from visiting their son in Denver, and they all stay in touch on Facebook.

“I’m very grateful,” Gary said. “I know it’s a tough loss to lose somebody, so keeping in touch is good for all of us. I have a lot to be grateful for, and every day, every day is a blessing.”

Since Zach’s donation and meeting his recipients, his family continues to advocate for the cause so important to their son, brother and uncle who loved basketball, movies, tattoos, and was known for his sense of humor and forgiving nature.

Zach’s youngest sister, Treva, completed an FCCLA star project about organ donation her sophomore year in high school. She later won a gold medal for the project and went on to complete two speeches about donation in college.

Chrystal has also written for her church’s newsletter to raise awareness about donation, and she and her daughter Ariel still attend the Live On Nebraska holiday events in remembrance of Zach. Zach’s sister Rachel and her husband Dorian have also participated in the Heroes Walk and 5K in memory of Zach.

Chrystal is hoping for nice weather this April so they can push their one-year-old named after Zach’s middle name, Morgan, in the stroller during the run. Chrystal and her husband, Glen, have also attended the Celebration of Heroes event throughout the years. Ariel and her sister have both had children since Zach’s death and each wear shirts made by Chrystal to remember their Uncle Zach. They also have window decals, bracelets and stuffed animals. Zach’s oldest nephew, Isaiah, who is now 13 years old was given Zach’s basketball jerseys, state basketball shirts and sweatshirts.

“It shows the giving person Zach was,” Chrystal said.

All of these efforts are all in the name of advocacy and remembrance.

“All of our family is now registered donors, and most of us were before Zach died,” Chrystal said. “It made the process very easy for Glen (Zach’s dad) and I when we had to sign papers because we knew, without a doubt, it was Zach’s plan. It’s important for people to share with their families.”

One organ donor has the potential to save up to eight lives, and one tissue donor can heal more than 100 people. Anyone over the age of 16 can register as an organ, tissue and eye donor regardless of the age, health or lifestyle.