Free rein to be a kid. Pediatric recipient gets “the greatest gift” of his life

Joseph Timperley has been fighting for freedom his whole life.

Imprisoned by his own body, Joseph longed for the day he could simply be a kid.

Born in February 2008, Joseph displayed symptoms of normal, newborn jaundice. But it didn’t take long for his doctors to know something much more serious was going on.

He was diagnosed with biliary atresia, an incurable disease of the liver that blocks the flow of bile from the liver to the gallbladder. The buildup of bile in the liver eventually leads to cirrhosis.

A surgery at six weeks old temporarily opened the blockage and bought Joseph time — time to grow and get stronger — until a transplant would become inevitable.

Joseph’s parents, Brent and Jenn, were filled with fear and panic. It was terrifying knowing Joseph’s life was in the hands of someone they’d never met. But having faith that one day he would be saved by this hero eventually turned to feelings of hope.

“We thought about that every day,” said Jenn. “We lived with such gratitude for the donor and family that was out there, unknowingly ready to give Joseph his future.”

Anytime he had a fever, Joseph would be admitted to the hospital. A fever could be the sign of a serious liver infection. Joseph spent more than 100 days in the hospital. He endured transfusions, surgeries, scans and home IV therapies, to name a few.

As Joseph got older, the disease became somewhat manageable. There were minor bumps here and there, Jenn said. But he did pretty well for a few years.

For Joseph, the hardest part was the limitations the disease placed on him.

No football or other contact sports. No jumping on trampolines. Nothing that would cause bleeding.

The restrictions were difficult for his parents, too.

“Living each day with his life being threatened was really hard,” Brent said. “We just wanted him to be healthy and happy. We wanted him to get to do all the things that biliary atresia had prohibited him from doing.”

Joseph’s “normal” was blood draws every 4-12 weeks, ultrasounds, scopes and clinic with the transplant team. And waiting.

Waiting out the frequent nosebleeds and bruising he experienced because his blood wasn’t clotting properly. Waiting for the day he could eat more than a few bites at a time without stomach pain. Waiting for his spleen to return to normal size so it wasn’t pushing on his lungs, making it hard to breathe. Waiting for the right time to be listed for a transplant. 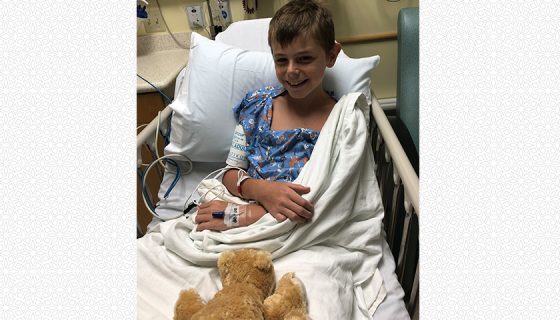 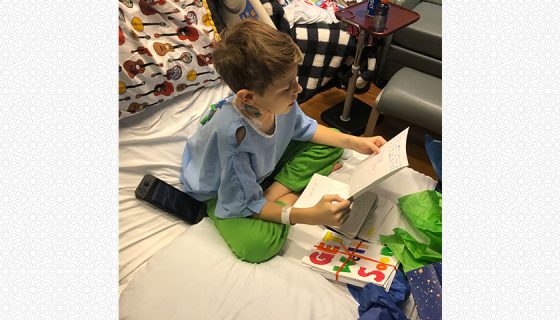 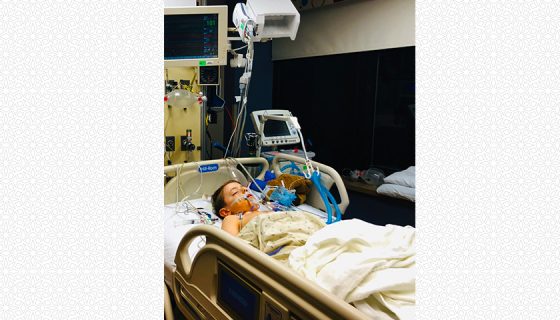 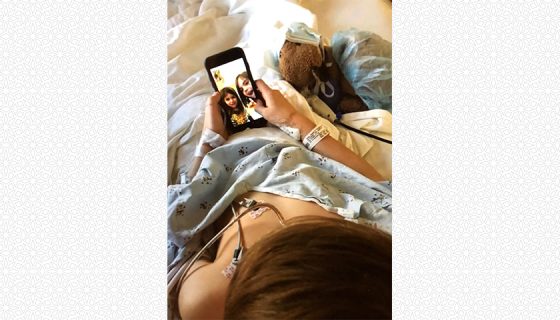 In 2019 Joseph’s complications became so severe that he could no longer wait. His spleen and vessels were so enlarged that he was at risk for internal bleeding. On November 13, his doctors at Nebraska Medicine placed him on the transplant waiting list.

Joseph, Jenn, Brent and the entire Timperley family prepared for another wait. Doctors warned them that it could be months, even years before Joseph would get his transplant. They were acutely aware of the donor shortage, knowing that some patients run out of time before an organ becomes available. Joseph, however, was confident that his new liver was coming soon.

It was the call the Timperleys had been waiting for 11 years. Jenn described the moment as “the most giant flood of emotions ever.”

First, shock and excitement knowing Joseph’s new life was about to begin. Then grief, realizing the overwhelming sadness the donor’s family was experiencing at the same time.

Amid his own excitement, Joseph asked about them, wanting to know when he might meet and thank his donor’s family in person.

It was something the Timperleys had been thinking about since Joseph’s diagnosis. Who was this family that would say “yes” for him? What memories had they made together?

Jenn began writing letters for them years ago, knowing their stories would one day intertwine.

Joseph smiled as he left for surgery. He was happy, calm and ready. Jenn and Brent held back their tears, reflecting on everything Joseph had been through the past 11 years and the new hope given to them that day.

Joseph’s initial surgery was a success. Soon after, however, he experienced severe rejection and surgical complications. After just a week, he was headed to the operating room again.

Jenn dreaded having to tell her son that he needed another surgery so soon.

“Mom, whatever happens I know it’s going to be good,” he responded. Like so many other times, Joseph’s strength and bravery astonished his parents.

And the result was good.

Joseph spent 27 days in the hospital following his transplant. Since then, everything has been better.

He can run, eat a full meal and go sledding. Some day in the future, he’ll be a doctor.

“He’s going to do great things in this world,” said Jenn. “Everything he does is going to be part of [his donor’s] legacy.”

Joseph says he’s living proof of the power of donation. “Plus, being a donor is pretty epic.”

Help us celebrate Joseph's second chance and give hope to all those waiting for a transplant by registering to be a donor today.