Justin Haystrand was the kind of person who was always there for others when they needed someone — even during his final moments as an organ donor.

“He would light up a room when he walked into it and would converse with everyone he came into contact with,” said Justin’s girlfriend Charleen Marsh. “He would hate that I’m saying this, but he was perfect to me and perfect to his family.”

Justin loved sports, especially football. His mother, Denise, says Justin was a shy child but grew into a very confident and mature young man who loved his family, friends and teammates.

One of his greatest accomplishments? Returning to Peru State College after the death of his father four years, nearly to the date, prior to his.

Justin was in Nebraska when his father died. He traveled back to Florida afterward and then came back to Peru but struggled to focus on school.

After two semesters back home in Florida, he decided to go back to Peru State to finish his degree. However, he was unable to play football when he returned due to his grades.

He continued to work hard, brought his grades up and then played football the next year and the year after. He was on task to play his last year and graduate in May 2019.

“His greatest accomplishments were going back to school after his dad passed away, applying to graduate schools, playing college football and of course making his mom/dad proud by going to college,” Charleen said.

He especially loved going home to Florida and seeing his niece, Breanna, who was four years old when Justin died.

“Breanna couldn’t say ‘uncle,’ so she called him ‘Ahti,’” Denise said. “Breanna still talks about her ‘Ahti’ daily and how she misses him.” 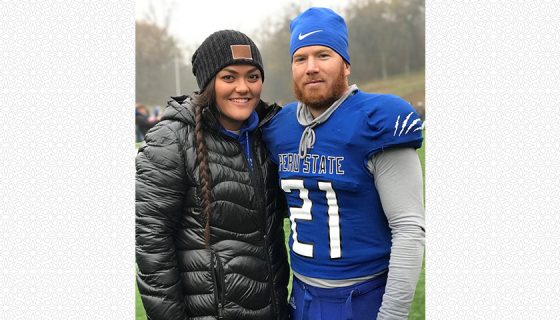 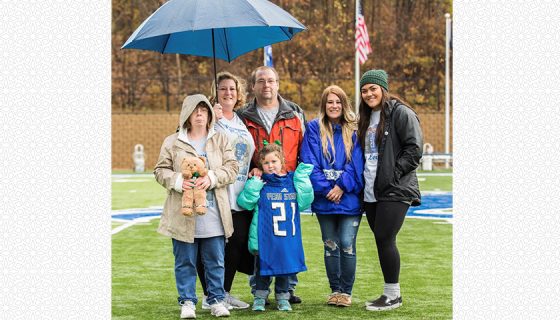 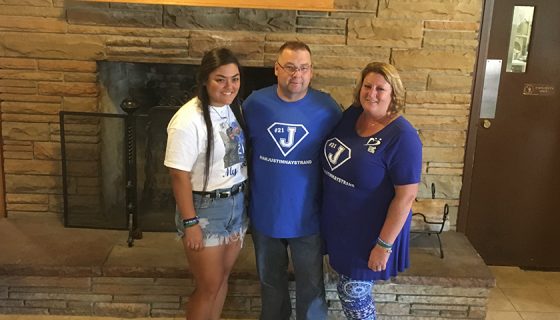 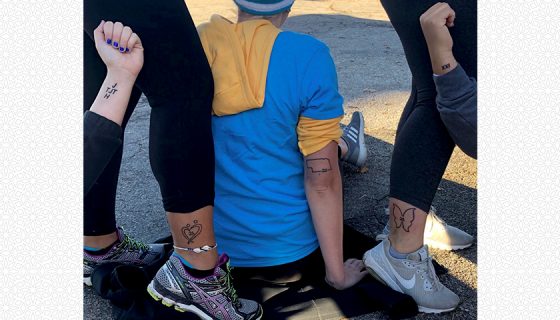 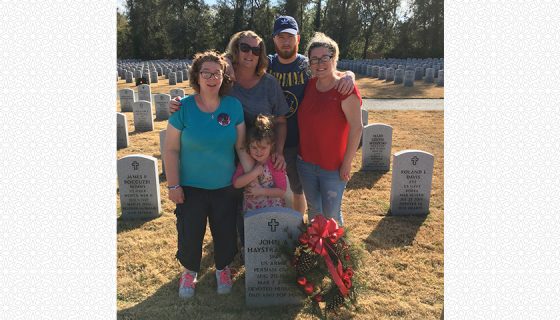 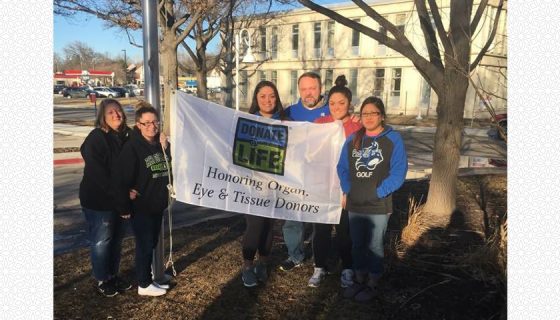 Although it was a tragedy that we lost him, Charleen says, donation has allowed her, her family and the Haystrand family to believe that a part of him still lives on in his recipients and that he is still here helping others out, just like his intentions always were.

Charleen and Denise were able to meet Justin’s heart recipient in July 2018 and even attended a football game together last fall. During each game of the 2018 season, Justin’s teammates carried his jersey (No. 21) on to the field.

During the November Peru State game that honored senior players and their parents, his teammates still carried his jersey to the field, but Justin’s family and Charleen were in attendance with his heart recipient, Chris Jones.

Chris is a retired firefighter and paramedic who suffered a career-ending heart attack while fighting a house fire in 2012. He had been on the transplant list since September 2016.

“I may not know any of the organ recipients, except for his heart recipient, but I find comfort in knowing that they are all still here because Justin chose to be a donor. I will always be a strong advocate for organ donation, and I enjoy telling others about it,” Charleen said.

To keep Justin’s memory alive not only through his recipients, the Haystrands and Charleen and her family have organized several events and programs.

Denise has started two non-profits in his name to raise funds for two scholarships: one for his alma mater River Ridge High School in New Port Rickey, Fla., and a scholarship to Peru State College in Peru, Neb. The scholarships help two football students. To raise funds for those scholarships, Denise held the first Brews and Wine on the Bayou event in Florida featuring craft beer and wine tasting, food, a band and raffles. The event raised around $5,000.

This summer, Charleen is hosting a Golf Fore Justin event to continue raising scholarship funds. The golf tournament is scheduled for June 28 at Willow Lakes Golf Course in Bellevue, Neb. Teams are still being accepted to participate and can do so by emailing jjhaystrand21@gmail.com for more information or to sign up.

“He always put others before himself but still cared about himself just as much,” said Charleen. “I think he chose to be an organ donor because that was just the type of person he was.”