Father of recipient’s mission is to spread donation awareness

Tim Lewis and his family live their life with a mission: to make a difference by championing the message of organ and tissue donation in their community.

“Each of us have been trying to work, on Tyson’s behalf, to champion the message of organ and tissue donation to our community. We completely understand its impact on recipients and their families,” Tim said. “We also know the peace and comfort it brings to donor families at the worst time of their lives.”

Yet he beat the odds time and time again. 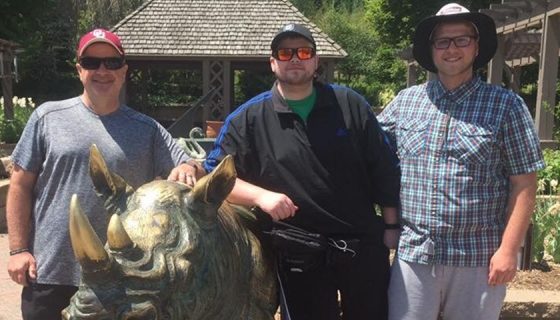 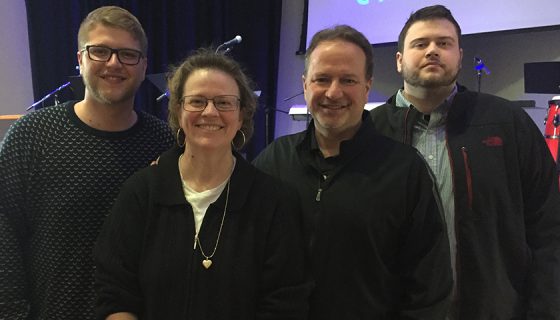 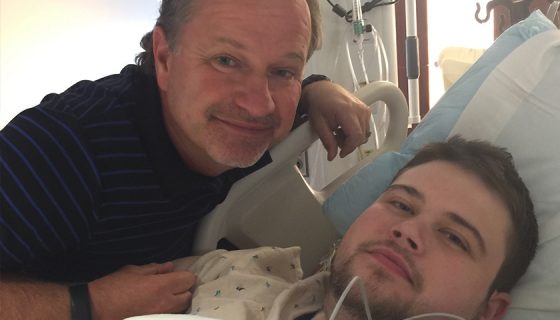 Many people describe Tyson as compassionate, thoughtful, genuine, a champion, a role model, a lover of video games and a man’s man.

When he died at 27 years old in 2018 due to heart complications, the loss rocked his family and his community.

As a child, Tyson suffered from bone cancer. Because of the chemotherapy to save his life at that time, his heart failed 12 years later. After waiting for a year, he received a heart transplant from a young man named Tory.

Tyson lived six years with Tory’s heart before his body ultimately rejected it. He waited another three months in the hospital for another transplant but never received one in time.

Although devastating, the loss of Tyson also inspired many.

“It has left me wanting to get out there right now and be a better husband, a better father, a better neighbor, a better believer and better man,” Tim said at Tyson’s funeral, “and someday maybe even a man’s man.”

Since Tyson’s passing, Tim has taken it upon himself and his family to spread the message of organ and tissue donation.

He created the Me+1 Campaign in 2019 with the goal of signing up 90 percent of the York College community. He encouraged those who signed up to find someone outside of the community to register a plus one. In the end, they registered more than 250 organ and tissue donors.

“Having Toby a part of the Live On team now has been a great blessing in our lives over the past few months,” Tim said. “Toby commented to me the other day that he takes Tyson to work with him each day.  He thinks about him when he is dealing with families that are hurting, with situations where a healthy organ is found and a recipient is about to be notified that it is their turn, and when he hears of individuals that ran out of time waiting and hoping for a donor match. Through Live On we feel that Tyson is alive and well and is fulfilling his wish….to make a difference.”

Although this Father’s Day will look a bit different this year for the Lewis family, a typical (non-Covid) holiday would include doing what Tyson always wanted to do: going to the Saturday night prime rib buffet at Chances R Restaurant in York.

“We usually go home and have a fire in the backyard, I open up gifts that are from both Toby and Tyson, we will drink a toast to my father and my wife’s father…and now to Tyson,” Tim said. “We will sit around that fire for a while, with Tyson’s dog Sherman, and share memories for as long as we can.”

What can you make possible? One donor can help save and heal 100 lives. Sign up to be an organ, tissue and eye donor today.