In 2011, life was good for Malcolm Robbins and his wife Jackie. They owned the Rib Shack, a successful BBQ joint in St. Louis that they’d built from the ground up. They were raising nine children and had just returned from a whale-watching trip in Maui.

Around that time, Malcolm’s aunt Marcia began calling, encouraging him to get a checkup. Their family had a long history of deadly heart disease and Marcia wanted to make sure Malcolm’s story turned out differently.

Malcolm brushed her off.

“Auntie, there ain’t nothing wrong with me,” he told her. “I’m living my life. I’m having a good time.”

Marcia persisted. And when Malcolm continued to dismiss her, she took matters into her own hands, driving from Colorado Springs to St. Louis and showing up unexpectedly at the Rib Shack. She had an appointment already scheduled for Malcolm.

Doctors discovered a tear in Malcolm’s aorta, and he was scheduled for surgery the next day.

The journey to a new heart

The surgery to repair Malcolm’s aorta was just the beginning of a long journey to a new heart. In 2012 he was diagnosed with congestive heart failure. A healthier diet and medications sustained Malcom until 2014 when he no longer had the energy to walk the short distance from his bed to the bathroom.

Malcolm was placed on the transplant waiting list in St. Louis and in 2015, doctors implanted a battery-operated pump called an LVAD into Malcolm’s chest to buy him time until a heart became available.

“At that point, it wasn’t really registering how serious it was,” said Malcolm. “I had the LVAD to carry, but I was still trying to live the same life I was living beforehand. Still drinking, still doing my little party thing. I wasn’t doing the right things. I made it worse and worse and worse.” 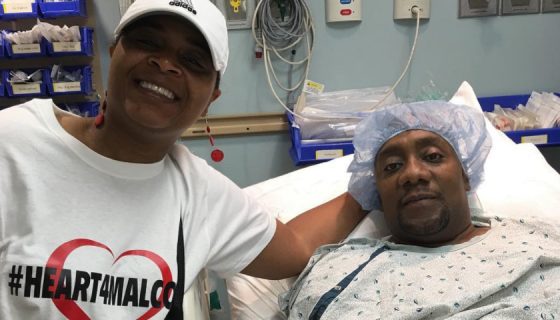 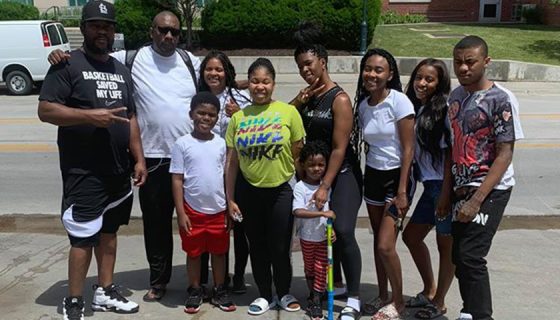 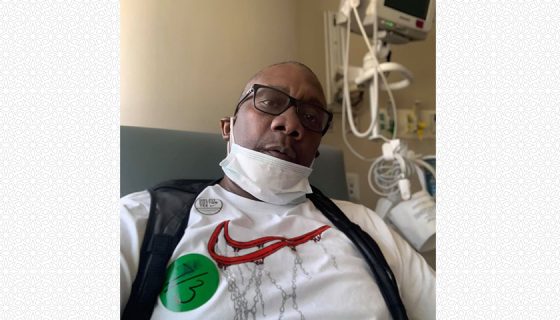 In October 2016, Malcolm suffered a brain bleed and ended up in a coma for 30 days.

He fell into a state of depression and he and Jackie drifted apart. He was removed from the transplant waiting list.

Malcolm didn’t follow the instructions the doctors gave him for his medication, and he suffered four strokes as a result.

Malcolm finally realized he had to change if he was going to get a new heart.

“It really woke me up,” Malcolm said. “I knew if I wanted to be here, I had to start doing the right thing.”

Malcolm got serious about his medications and began living a healthy lifestyle.

Starting over in Omaha

In 2018 he made the difficult decision to drop everything and move to Omaha in hopes of getting a transplant at Nebraska Medicine sooner. He expected to have a new heart in six to nine months.

Nine months came and went, and Malcolm continued to wait. His height, blood type and antibodies made finding a match more difficult.

“The hardest part was that everybody’s life was still going on. You’re waiting for a heart and you don’t know when it’s coming,” he said. “It’s very hard to keep pushing forward. That’s the hardest part of it all.”

Malcolm found strength and support from other local patients waiting for heart transplants as well as a Facebook group called LVAD Warriors. A fellow warrior waited 17 years before getting a heart transplant. Malcolm realized that if that man could wait for so long, he too could wait longer.

He developed a walking routine that gave him purpose and motivation. Three times a day he would walk from the camper he was living in on the Nebraska Medicine campus, down the street, up and down a flight of stairs and back to his camper.

He continued that routine until July 8 — eight years after being diagnosed with heart failure — when he received the call that a new heart was on the way to him. 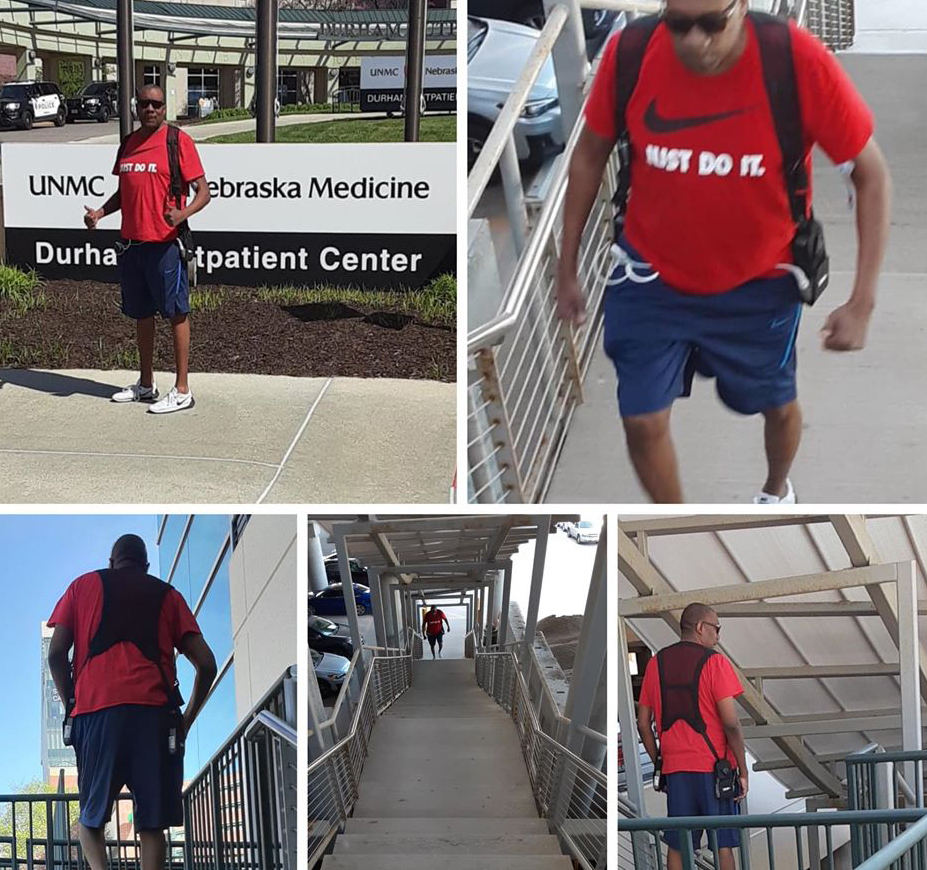 Despite all the waiting, Malcolm was shocked.

“I couldn’t even hold my phone still. I was just stunned,” he said. “I just thought about walking to the hospital immediately. I didn’t know what else to do.”

But before he left, Malcolm made one call.

On the other end of the line, Jackie let Malcolm know she was on her way to Omaha. Despite their estrangement, Malcolm and Jackie still kept in touch. Jackie drove 13 hours to be with Malcolm for his transplant and hasn’t left since.

Malcolm’s transplant was a success. His new heart, a “perfect match.”

He was released from the hospital on July 31 and he and Jackie have settled into an apartment together. Jackie is exploring options for opening a restaurant in Omaha. Malcolm is focused on healing, and then helping others.

Through their foundation Heart4Malcolm, they want to be a support for others waiting for a heart transplant and raise awareness about the need for donation.

Jackie says this is especially important among the African American community where myths about donation are prevalent.

She had been taught her whole life to believe that being a registered organ donor put you at risk of being treated differently if you were sick or injured. Essentially, doctors would let you die in order to give your organs to someone else.

It wasn’t until Malcolm and Jackie were educated about the complexity of organ donation and transplantation that they realized the myths were simply not true.

“It’s our duty to keep educating our community,” Jackie said.

“I signed up [to be a donor] not just to help Malcolm, but to be able to pass it down and be a blessing,” said Jackie. “And if someone blessed Malcolm, I wanted to pay it forward. That’s how the world should be.”

Like Jackie, you can be a blessing to others by registering as an organ and tissue donor. One donor can save and heal 100 people.